Sunset moon and venus above

Friends liked these shots of mine on Facebook… The poor little smartphone crashed a few times trying to get them… Click either picture for more detail. 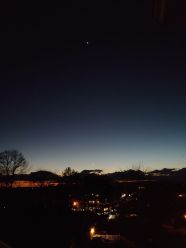 Venus was so bright against that dark sky that you could barely see the moon directly beneath it. 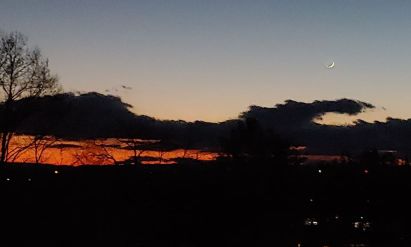 Sliver of moon over a Radford, Va., sunset.

This post is also an experiment with internet idiosyncrasies. Those two photographs were actually downloaded from Facebook and upload it to WordPress. Now I’m going to add the originals below, directly from my phone to see whether there are noticeable differences in the detail or resolution…

On first attempt, the smaller Sunset and Moon image uploaded okay, but the taller one including Venus was just too large a file to upload from my phone with its WordPress app and timed out during the upload process, leaving a “broken image” icon on the screen. 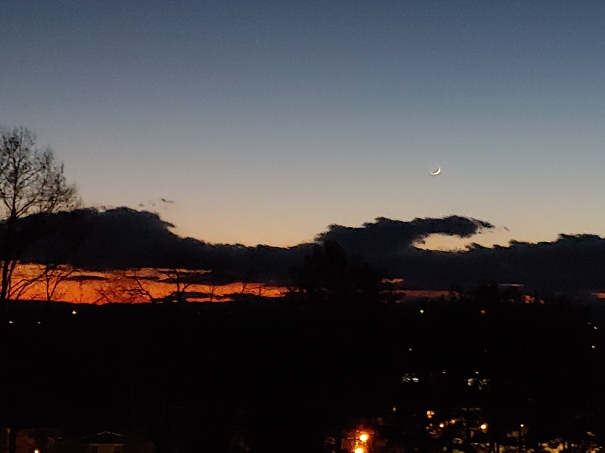 I will come back to this later with my laptop and see whether I have forgotten something about image file size, storage or upload limitations in my WordPress account. Meanwhile, filing under “making the hours go by during pandemic social distancing.”