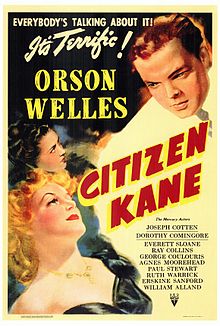 By Bob Stepno
For strong images of newspapers’ importance in the days before the Internet, see this 1945 newspaper delivery strike documentary. But that was reality. For fiction about newsies…

Pick a date from the list above to meet some Hollywood newspapermen and sob sisters. These pages were created primarily for students in my fall 2012 course, “Portrayal of the Journalist in Film, Fiction and Popular Culture,” but visitors are certainly welcome.

This is not a “best of…” list, but sometimes a “surprised to find some of these out there” list. (“There is no book so bad that some good can not be got out of it,” Pliny the Elder used to say, and I think that goes for films too.)

See the “date” links above for pages full of embedded YouTube or Vimeo samples of movies featuring journalists as heroes, rascals, crime-solvers or criminals. As of spring 2013, there are almost 100 trailers, clips and full-length films playable from what are now 14 pages, expanded from the original half-dozen classic-film decades I started with.

For years, video-sharing sites like YouTube and Vimeo have had collections of clips and trailers from feature films that were either “newspaper dramas” or had reporters in their lists of characters. Something changed in the past year, and now YouTube is hosting full-length “newspaper drama” feature films from 50 to 80 years ago as well as trailers for films for sale on DVD at sites like WarnerArchive.com and Amazon.com.

Some of the full-length films are out of copyright and may be downloaded from the Internet Archive’s film collection (archive.org). Others may have been uploaded to YouTube or Vimeo without the permission of the copyright holders and presumably will be available only until challenged. Some are classics; some are almost-forgotten “B” movies from the 1930s and ’40s.

For plot summaries and cast information, search The Internet Movie DataBase for the movie titles.

The 26-year-old Orson Welles’ 1941 masterpiece Citizen Kane is much more than a “newspaper movie,” so I’ve given it its own page, with YouTube players for its original trailer, clips and documentary interviews. Because YouTube players slow the loading of pages, I’ve grouped other films by decade or half-decade.

The Image of the Journalist in Popular Culture project

More than 80,000 items in the IJPC.org database at the USC Annenberg School of Journalism & Communication

See JHeroes.com “At the movies” tab and its sub-menus for information and audio-player links to radio versions of classic “portrayal of the journalist” movies.

Like many structured databases, searches produce a variety of results, based on whichever keyword tags were entered in the database. Search for “reporters,” “newspapers,” “newsmen,” “editors,” etc. In this case, multiple keywords are used, but not always following a central logic — pages tagged “women reporters” may or may not also be tagged “reporters” or “newspaper.”

I do not host or maintain any of these online films myself; these pages just link to publicly available trailers, clips and full-length films at YouTube and Vimeo. If full-length films are posted without authorization, the links will be disabled after the service determines there is a problem.